How Make-A-Wish hosted an online gala and raised $600,000 two weeks after the COVID-19 shutdown began.

“A wish has the power to change lives,” said Steve Stark, as his family accepted the 2020 Wish Award at the annual Make-A-Wish Wisconsin Wish Night fundraising gala held in April.

Stark’s emotional speech shared how his son Kaden helped others during his 14 years. “He taught all of us to do more,” Stark said.

He shared that Kaden’s dream was to give other kids wishes. His vision set his family on a journey to donate 100 wishes. As the family nears its goal, Stark said, “100 wishes aren’t enough,” and added, “we plan to live by example and continue to do more.”

He concluded, “This all started because of Kaden’s love for Make-A-Wish.”

Though the gala flowed similarly to previous years, COVID-19 ushered in a few changes; the biggest of which was holding the entire event online instead of at The Pfister Hotel in Milwaukee.

“Wish Night is an event we’ve put on for over 25 years, raising over $8 million. The gala is an important event for us, so when things began shutting down, we needed to pivot quickly,” says Forrest Doolen, director of marketing and communications for Make-A-Wish Wisconsin.

Leaders of the nonprofit organization collectively agreed the show must go on. The funds the event raises make a difference in the lives of hundreds of critically ill children annually.

The resulting April 2 gala would have made Kaden proud. The Facebook Live event raised more than $600,000.

“Our [in-person] event was budgeted to raise $750,000,” Doolen says. “Though we didn’t quite reach our original goal, we raised enough money to help grant 100 wishes.”

Over 650 people typically attend Wish Night, which includes a cocktail hour followed by a full dinner, a diamond pull, wine pull, silent auction and a two-hour program. Part of the evening includes sharing stories about Wish kids like Kaden, that touch people’s hearts and drive donations.

“We put a high production value into sharing these stories, with a producer who shares his time and talents to tell the impact of a Wish,” Doolen says. “He had already shot footage for the stories.”

However, the virtual format removed the in-the-moment part where families of Wish kids see their stories brought to life. “We supplemented the video stories with video content from Wish families as they watched their videos for the first time,” he says. “We wanted authenticity in the moment.”

Make-A-Wish Wisconsin asked the Stark family and others to record their reactions as they watched their videos. The organization incorporated these videos into the live event. “If you’re doing a virtual event, you want people to connect with the content you put out,” he says. “These videos engaged the heart.”

The organization supplemented these videos with videos from Patti Gorsky, president and CEO of Make-A-Wish Wisconsin, and others.

“We had our videographer string the videos together. He added graphics pointing viewers to the website, the time bidding closed and things like that, and put music in different spots,” he says.

The organization interspersed live interactions between the videos to make the event appear live. Make-A-Wish Wisconsin selected OneStream.live to livestream the broadcast, ensuring audience participation and a seamless presentation.

“It cost $39 for one month and we only used it for one month,” Doolen says. “That $39 was the best investment ever. We added Periscope at the last minute to livestream on Twitter. We didn’t promote the Twitter event but thought it would not hurt anything.”

DRAWING ATTENTION TO A VIRTUAL EVENT

The nonprofit started a Facebook event page and promoted the event on social media. By April 2, more than 1,800 people expressed interest in attending.

Make-A-Wish Wisconsin learned virtual events add tremendous value. “Sharing the program virtually gave us access to a much wider audience,” Doolen says. “Next year, we are considering having the live event and the following day livestreaming a recorded program to the broader public.”

TEAMWORK: Without everyone working together, a virtual event is impossible to pull off. Make-A-Wish Wisconsin staff held daily virtual meetings leading up to the event to gather input from staff members and keep plans on track.

STAY TRUE TO YOUR MISSION: Keep the heart of your mission in mind and do not stray from it. While it is important to do things that keep people engaged, it is also essential to stay true to the organizational mission. Doing so drives decision making and keeps the focus where it should be. 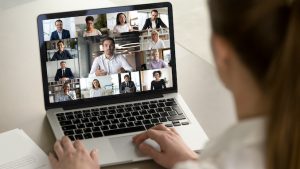 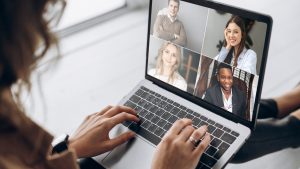 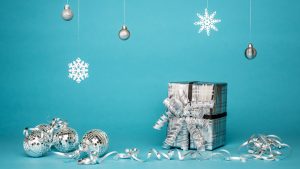