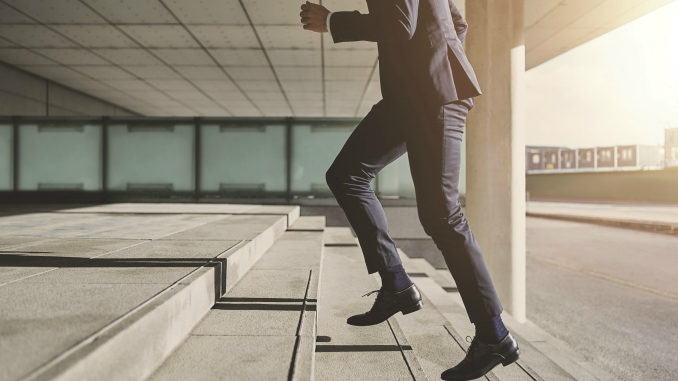 Alarm clock blues, late morning slump, midday yawnies, post-work lethargy…we all flag at some point in our day— some of us flag multiple times each day.

Most of us reach for caffeine when we hit that flat spot. We rely on it for an energy boost to get us moving in the morning and count on it to keep us alert and ready to rock and roll all day long.  It’s the most frequently consumed central nervous system stimulant [most ingested pharmacologically active substance] in the world.

And it works.  Whether your aim is simply to prop your head up and keep your eyes open or be at your best for a big presentation, caffeine usually does the trick. It heightens our attention and problem-solving abilities, gives us physical stamina, and puts us in a better mood (which itself gives us more energy). But caffeine can also leave us feeling jittery and make it hard to focus.

Science is revealing sustainable ways to boost our energy. Let’s look at five domains where we can change our behaviors and feel more energetic.

When you want an energy boost, pouring a cup of coffee or tea—or popping open an energy drink— seems like a good idea. It can be, and there are ways to make it an even better idea. Drink it with food and it’ll give you a more sustainable alertness than drinking it alone. Before you pour a second cup, give the first cup ample time to kick in—up to 30 minutes. Get to know how much caffeine your body likes and don’t overdo it. Too much and you counteract the benefits.

Also beware of the added sugar in energy drinks, because it can cause a blood sugar spike and dip and leave you feeling decidedly unenergetic.

The best beverage for fighting low energy over the long haul is water. Our bodies are up to 65 percent water, and there’s ample evidence that by the time we get thirsty, we’re already at least slightly dehydrated—and dehydration sucks the energy right out of us. Some research suggests that we’re also grumpier when we’re even a little dehydrated, and feeling grumpy is no way to boost our energy. How much water we need is individual; the eight-glasses-a-day rule doesn’t apply to everyone. The simplest way to gauge whether you’re sufficiently hydrated is a visual test: if your urine is very light-colored, you’re getting enough fluids. If it’s dark, you need to be drinking more water.

Much has been written about the best and worst foods for energy. Sticking to those foods you’re likely to have around the house, here are four “magic potions.”

On the flip side, anything that contains a lot of sugar (honey, candy, anything with natural or artificial sweeteners) will make your blood sugar spike, and when it plummets, you’ll feel sleepier than before. Ditto for anything made with white flour, which is a simple carb and can make your blood sugar bounce erratically. Junk food—or any processed foods—will also leave you tired and lethargic.

For a mid-day energy boost, try taking the steps instead of the elevator, or take a brisk walk around the block or even just down the hall and back. Sure, sustained exercise will increase your energy on a sustained basis, and who wouldn’t want that? But in the moment, anything that gets your blood moving and more oxygen to your brain is going to help. In his book, “Spark: The Revolutionary New Science of Exercise and the Brain,” Dr. John Ratey says, “The real reason we feel so good when we get our blood pumping is that it makes the brain function at its best…I tell my patients that the point of exercise is to build and condition the brain.” A side benefit is that exercise has been linked to a better mood, which itself increases energy.

Perhaps the most obvious reason for a midday slump is insufficient sleep. Most of us need seven to nine hours of sleep a night, yet some 30 percent of adults get less than six hours. No wonder our energy flags! The best way to increase your sleep time is simply to go to bed earlier—it will make you feel more energetic throughout the day. Keeping a consistent go-to-sleep and wake-up time makes it easier to get enough sleep, and has been shown to have a positive effect on cognitive stamina.

But we all have nights when we just don’t get enough sleep. A power nap can get you past the yawnies. Just 10 minutes will make a difference, and studies have shown that a nap of from 10 to 30 minutes will increase your cognitive stamina by up to 40 percent. The key is that if you nap longer than 30 minutes, you risk waking up groggy. Napping isn’t about sleeping so much as taking a quick cognitive break. Think of it as rebooting your brain’s hard drive.

How you wake up in the morning can also affect your energy. If you hit the snooze alarm, you’re telling your body “I was just kidding, it’s not really time to wake up,” and your brain stops producing the neurochemicals responsible for alertness. Result: what sleep experts call “sleep inertia,” a morning grogginess that can last several hours—and isn’t easily washed away with a cool shower.

Sometimes a minor tweak to your environment can help you beat the blahs. If it’s a sunny day, move to a window. If it’s a dark day, turn on some lights. Listen to some favorite music. Get some fresh air. Take a walk in the woods—there’s plenty of evidence that being in nature (or even looking out the window at trees or flowers) makes us feel more energetic.

Another trick to incorporate into your day (whether you think you need it or not) is frequent breaks. In his groundbreaking book, “WHEN: The Scientific Secrets of Perfect Timing,” Daniel Pink cites a study done by DeskTime, a company that makes software to track productivity. “What the most productive 10 percent of our users have in common is their ability to take effective breaks,” the company says. Preliminary research findings suggest that working for 52 minutes and then taking a 17 minute break is ideal for maximum productivity. Even if that ratio isn’t ideal for you, the message is clear: Give yourself a break.

A mid-day slump is sometimes no more than a symptom of boredom. Our brains love novelty. If you’re nodding off at your desk, try shifting venues. Work for a little while from a coffee shop or library—anywhere that your brain perceives as a novel venue. If you’re working alone, get social. Even a brief conversation with a coworker can help clear the cobwebs. Anything that makes you feel engaged will boost your energy.

Disconnecting from electronics gives us another simple energy boost. Always being tuned to your phone, notifications, and emails can feel exhausting to your brain. Take an hour to disconnect. It’ll all still be there when you reconnect, and you’ll feel mentally refreshed.

Brainpower gets depleted over the course of a day. Think through the timing of your day; if you have a task that will take a heavy cognitive load, do it when your brain is at its best. To sort out your best time of day (your peak), you have to know whether you’re a lark, an owl or what Daniel Pink calls a “third bird.” In his book, “WHEN,” Pink offers a method for sorting out your chronotype (lark, owl or third bird), and says, “Whatever you do, do not let mundane tasks creep into your peak period.”

In “Two Awesome Hours: Science-Based Strategies to Harness Your Best Time and Get Your Most Important Work Done,” author Josh Davis writes about a creative type who takes on the mundane task of answering all his emails (just to get them out of the way) before tackling a proposal he needs to write. “If he were a race car driver, it would be like taking his race car through city traffic to get to the race—not the fresh start he’d want.” Make sure you’re not squandering your own fresh start by wading through non-essential task list before you start on mission-critical tasks.

When it comes to managing our personal energy, the best advice is “take a break— often.” The second-best advice is “know thyself.” Take time to sort out when your energy flags and when your brain cells seem to be taking a break. As you implement ways to perk yourself back up, don’t get discouraged if something doesn’t work. Just try something else. Managing energy is a lifelong work in progress. 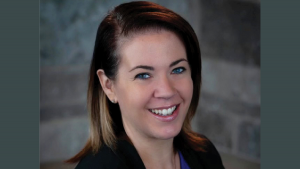 Planner Tips,
Proving the Value of Virtual and Hybrid Experiences 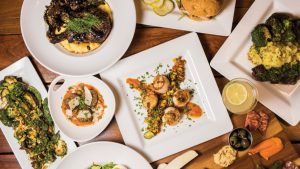 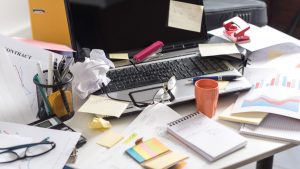 Planner Tips,
Clear the Clutter, Clear Your Mind
About This Post