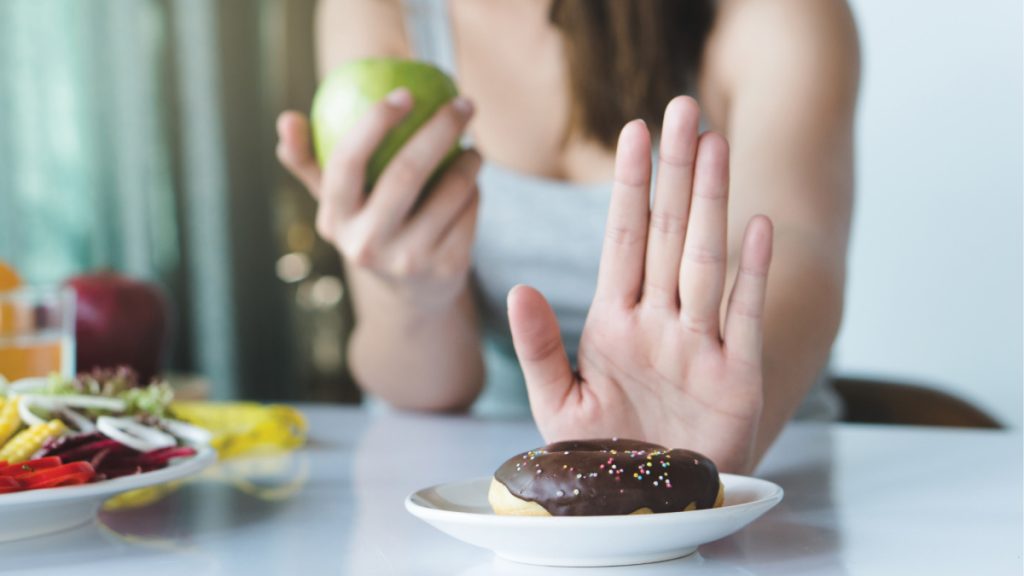 “I can resist everything except temptation.”  —Oscar Wilde, Irish playwright

Temptation is as old as the Bible — that famous apple in the garden — and as easy to trip over as a piece of chocolate birthday cake or the next episode of that hot new Netflix series. Sometimes we even go looking for it. ”We go shopping with friends for “retail therapy.” We browse through old episodes of our favorite show so we can binge-watch. We set our phones to ping us every time a friend posts on Facebook.

Our inability to resist temptation — our lack of self- control — can turn quickly to regret, and regret doesn’t feel all that good. Several studies have linked self- control to self-esteem, which has personal, social, professional and health implications.

In addition, lack of self-control can have consequences far beyond the moment. A weight gain that 10 years from now has significant health consequences. A pattern of procrastination that has both short- and long-term career consequences. An out-of-shape body that keeps us from activities we would love to pursue.

There are plenty of reasons to at least strive to resist. And it turns out there is science to support the resistance.

In his 2014 book, “The Marshmallow Test,” based on his studies with young children in the early 1960s, Walter Mischel describes a useful framework for thinking about temptation: hot and cool brain systems. The hot system is our impulsive, emotional response to stimuli. It quickly lets you feel, quite viscerally, how scrumptious that rich, decadent chocolate cake will taste and feel in your mouth. The cool, cognitive system relies on the prefrontal cortex (PFC), where we do that thing we call thinking. The PFC enables us to reason our way past temptation by thinking about both the short- and long- term benefits of resisting.

Imagine the benefit in vivid detail. This helps you shift the heat from the temptation to a more desirable outcome. Instead of giving free rein to how good that cake will taste in your mouth, imagine, in as much detail as you can muster, how you’ll feel wearing that flattering new swimsuit in the Caribbean. Instead of giving yourself license to surf the web for party ideas, imagine your new office when your workplace diligence gets you promoted. Imagine yourself in the interview where you’re offered the new job. Imagine what you’re wearing, imagine your acceptance remarks, imagine the luxury of a view, the warmth of sunlight from the large windows, the deference of your new assistant.

The limbic system and PFC operate in an inverse relationship. When the limbic system ramps up, the PFC is tamped down. And when you consciously ramp up the PFC, as you must do to visualize an outcome in any detail, you automatically tamp down the limbic system, making it easier to thwart the “hot response” and be guided your brain’s cool response.

Behavioral psychologists call this cognitive reappraisal, which simply means changing how you see something. The older children in Mischel’s marshmallow experiments were masterfully creative in cognitive reappraisal. When faced with the choice of a marshmallow right now versus two in a little while, one child put an imaginary picture frame around the marshmallow; another pictured it as a puffy white cloud in an otherwise blue sky. The older the child, the more successful the effort. One 12-year-old, when asked how he managed to resist, said, “I can’t eat puffy clouds.” Another noted, “You can’t eat a picture.”

The common sense of this strategy belies its value. It is perhaps the best way to resist temptation — focus your attention elsewhere. Even kids as young as five or six were able to resist by simply thinking of something else. “Just sing a song,” said one, while another said, “I guess I’ll go to outer space.” One wise 9-year- old suggested, “Don’t look at what you are waiting for…. Use what you have now to entertain yourself.” He makes it sound easy, and yet, he’s got a point. A brisk walk around the block or even to the water cooler could be even more effective, thanks to another strategy called psychological distancing.

This strategy is about taking a step back from the scene of temptation, and it can work from three different perspectives. First, it’s no surprise that something you can’t see is less likely to inspire a hot, demanding urge. A piece of cake across town at grandma’s house is a less compelling temptation than a piece of cake in plain sight on your own kitchen counter. Putting some physical distance between you and the temptation is almost certain to shore up your willpower.

Second is something called temporal discounting. It’s a quirk of the human brain, that something we must wait for is less demanding (i.e. less tempting) than something we can have right this minute. When that urge for a slice of cake or a social media binge strikes, tell yourself you can have it in half an hour. Chances are, when that time is up, the urge will have loosened its grip. Besides, that gives you a half-hour to find something suitably distracting.

Third is cognitive distancing. Can you view the tempting scene from the perspective of someone else? Imagine someone in the room who would have an easier time resisting and believes you can resist. Suppose Super Woman was on the couch next to you. What would she do — grab the remote or get outside?

If you decide this morning that when the dessert cart comes by this evening, you’re going to say, “Thanks, I’ll just have coffee,” you’re much more likely to say that. It sounds crazy, but it works. If you haven’t given it any thought ahead of time, your response to the dessert cart is driven by the hot system of desire. Once you put the notion of an alternate behavior in your mind, you’re much more likely to engage your cooler PFC. If you have a habit of checking social media after any meeting, give yourself an alternate plan: When I return from my 10 o’clock meeting, I’ll immediately start on the report that’s due Friday.

Research by Roy Baumeister, author of “Willpower, Rediscovering the greatest Human Strength,” suggests that we have a lot more willpower in a tidy environment. Cleaning up your desk will make it easier to stick to work instead of checking social media. Keeping your kitchen counter clear of clutter is likely to help you make better snacking choices. Turns out Mom was right: Make your bed, pick up your socks. It’ll just make life easier.

Tracking your progress, whether in a notebook, on a spreadsheet or just on a sticky note, helps you keep better choices top of mind. First, it engages the cool system of the PFC, and second, tracking your good behavior will make you happy, and a happy brain is a stronger-willed brain.

Temptation is a fact of life, but we don’t have to move through life on the losing end of the power struggle. Resistance is a learnable skill. Try different strategies. Build your resistance muscle by noticing your response and then practicing whatever works until it becomes habit. 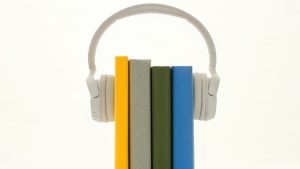 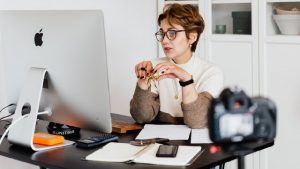 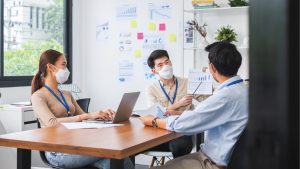 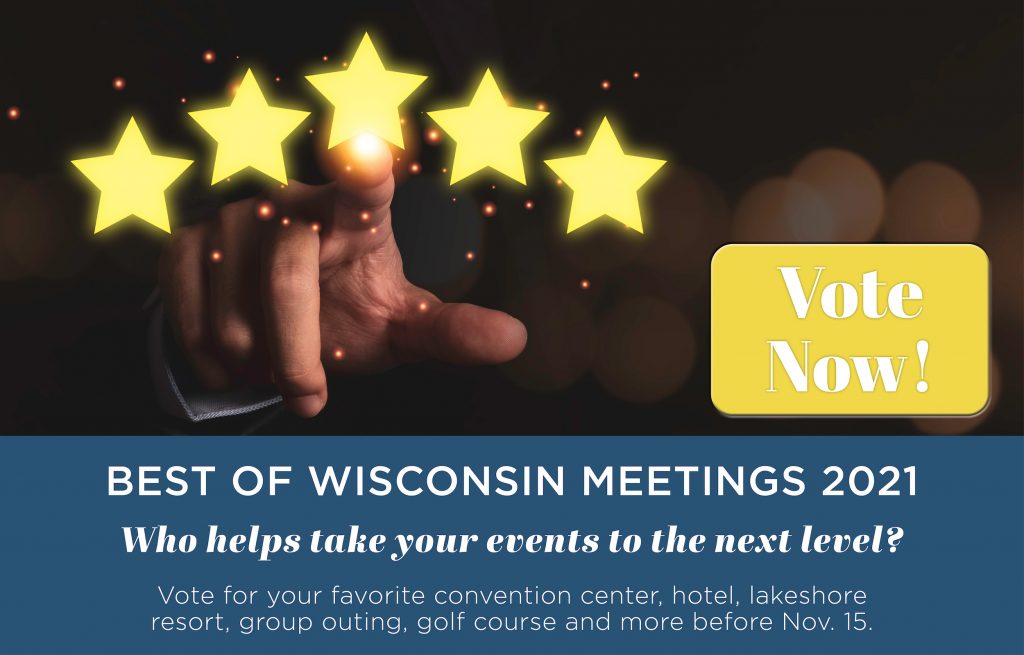